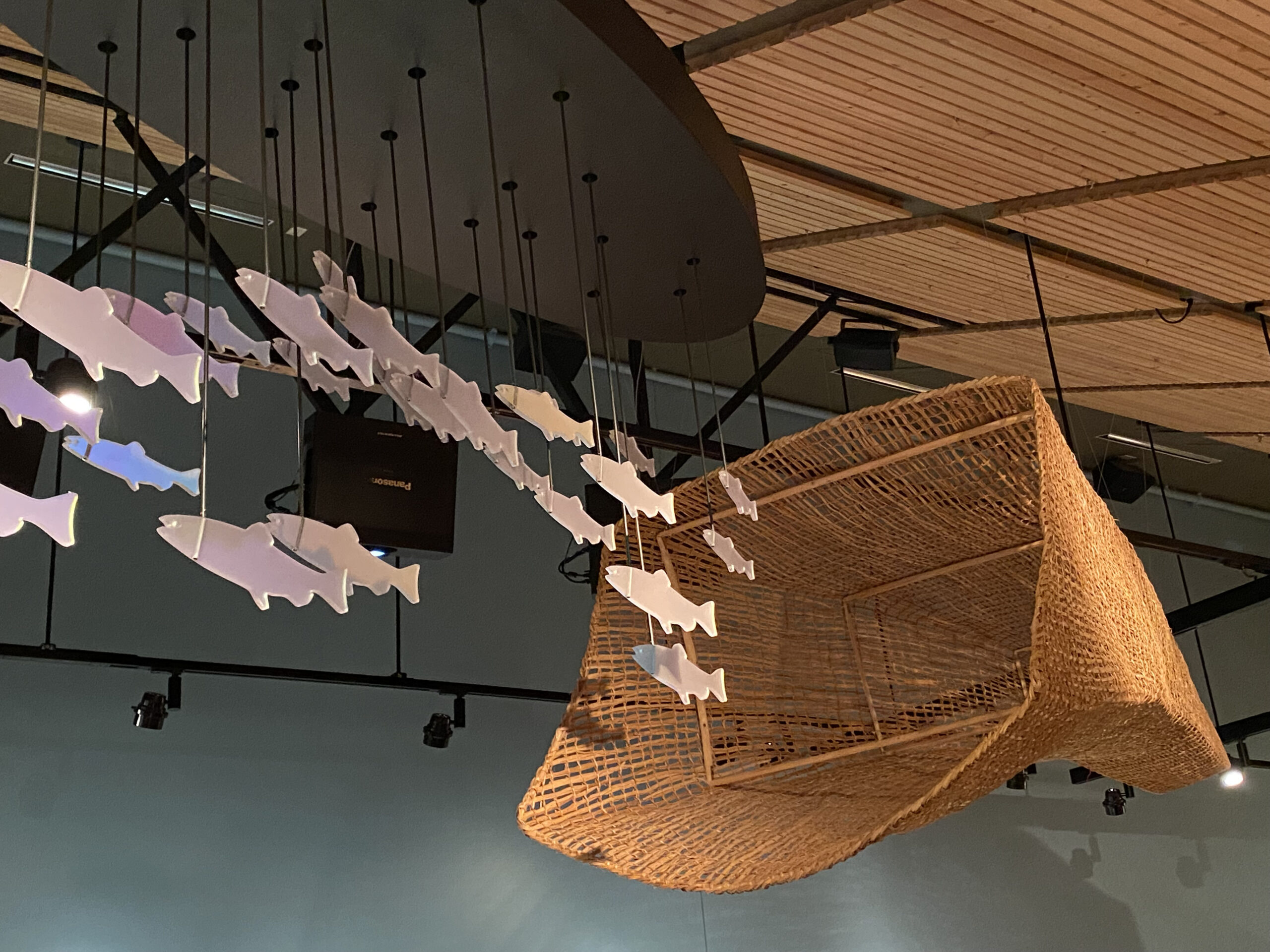 Here is a land rich with shellfish, fish, ducks and other waterfowl, deer, elk, and berries. That is the land of the Suquamish where they lived thousands of years ago and some still reside. Before the 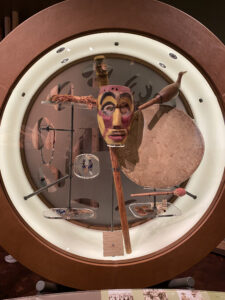 Europeans came, the Suquamish lands were one of the most populated north of Mexico City for this reason. They had a rich and plentiful diet.

These people saw all things as alive and feeling, with the same range of thoughts and emotions as humans. Since humans are the most recent inhabitants, they

Sometime in the mid-1800s, European settlers came to this area to harvest the giant firs and deliver them to the sawmills they built. Native Americans helped with cutting and delivering the timber.

To gain a better understanding of the Suquamish culture, as we were lucky enough to do on a media trip, head to the Suquamish Museum at the southeastern tip of the Kitsap Peninsula. It is built in the long house style with a slanted wood roof as was the original communal home known as Old Man House. It could be said that Old Man House was the first apartment complex because the long building was divided into separate spaces for each individual family. They even had a view of the

water where it was built.

Old Man House was around 800 feet long and home of Chief Sealth (the Native name for Chief Seattle) and Chief Kitsap. The long houses were built by driving elk antlers used to split the massive logs harvested from the area. Chief Seattle and Chief Kitsap lived with family members in the winter in the long house where they were protected from the cold and could celebrate spiritual traditions. In the summer, they migrated to fishing and hunting areas with portable wooden pieces and mats of woven cattails borrowed from the long house.

Old Man House was burned by the federal government in 1870. The federal government attempted to assimilate the Native Americans by assigning separate parcels to individual families. This all changed the communal way of life they had lived for so many years.  In 1904 the U.S. War Department acquired land where the Suquamish lived to build military fortifications and cut off the Suquamish access to much of the water. Those fortifications were never built, and the land was eventually sold to build vacation homes.

Our guide of the museum, Denita Holmes, a Tribal Elder, shared with us that Suquamish means “people of the clear salt water” which is still true of this magnificent area. The Suquamish were fishermen, canoe builders, and gatherers as well as basket weavers. All of these activities and tools used are featured in the museum. Overhead is a large bag-shaped net made of plant fiber used for catching fish. Along the wall is displayed the type of clothing worn by the Suquamish.

Basket weaving, an intricate art, was made by using coiled cedar roots that were waterproof for carrying water and cooking. Hot rocks were dropped in the baskets to make soups.

Winter clothing was made of shredded cedar bark. In the winter,

the clothing could be lined with fur. Our guide wore a traditional waterproof hat made of woven cedar root and hemp fiber.

Step outside the museum and walk a few steps to see Chief Seattle’s burial site. Today he is still very

respected for his ethics and environmentalism.

In addition to the Suquamish Museum, within a short walk is the House of Awakened Culture, built in the same style as the original long house. This building and outdoor area is used by the tribe to celebrate special occasions, for teaching traditional language and skills, and for celebrating the tribal culture. It isn’t open to the public except on special events. To see when it is open, check out the link: Community Calendar.

Funds from the Suquamish Museum are used to help pay for educational and cultural programs for the tribe.