Let’s just say I know quite a bit about wine but have a minuscule amount of knowledge about beer. In fact, when I’m asked what kind of beer I would like to order, I know there are ales, stouts,  and hefeweizens. But, beyond the names of a few varieties, that’s where my knowledge stops.

On our trip to the Outer Banks, we were lucky enough to be hosted by Trio Restaurant & Market in Kitty Hawk, NC. This wonderful restaurant, cheese shop, deli, wine and beer shop is owned by two couples who decided to trade in their lives as a stock analyst, management consultant, and lawyer to follow their passions in wine, beer, and food. This is a very lucky thing for Kitty Hawk. It also was a lucky day for us to find John Minnich, one of the owners, who gave us a tour of his market and shared his knowledge of all things beer.

The heat can be either intense and over a short period of time, or it can be a slower and longer period of time. If you caramelize it, you get different flavors that end up in the beer and the caramelization also drives the color. There are caramel malts, pilsner malts, chocolate malts, golden malts, nutty malts and most come from the barley grain. You can create different flavor variations by treating the malt differently. For instance, there is no chocolate in the chocolate malts, but there is the flavor of chocolate. It also drives the color. When you have a stout, you probably have dark Munich malts or chocolate malts in it but no real chocolate which impacts the color.

There is also a misconception that how dark the beer is drives the alcohol content. This is false. The amount of malt used determines the amount of sugar there is to eat (which comes from the malt) and the alcohol level, rather than the color having anything to do with it. When you see an IPA or stout that is an imperial, double or triple, it means they used more malt, and the beer has a higher alcohol content.

In Belgian beer, there are dubbels, tripels, and quadrupels. You can have a brown ale and it could still be only 6-8% alcohol. For example, let’s look at Le Trappe beer, one of John’s favorites. (Le Trappe beer means its brewed in a monastery and certified by the Trappist Certification Association. A label with a logo shows this certification.) This beer is a good example of how alcohol content can vary. A dubbel is a brown ale with 7% alcohol. The tripel is a golden color but is 8% alcohol, and the quadrupel is 10% alcohol with a color between the dubbel and the tripel.

Another misconception about beer is that lagers and ales taste a certain way, another fallacy.  The yeast strain the beer maker uses makes the difference between the two.  Lager yeast works over longer periods of time at a lower temperature. Ale yeast generally works over a shorter period of time and at a higher temperature.

The yeast strain goes back to terroir (a wine term relating to the environmental conditions, especially soil and climate.) Back in the days of beginning beer making before they knew what yeast was, there was yeast floating in the air. It infected the wort (term meaning conversion of a starch source into a sugary liquid called wort or unmade beer.) This yeast magically made beer and created different beers depending on the region.

In Bavaria, the lager yeast survived the fermentation process because it was colder in the caves so it worked for a long period of time. In England, with a more moderate climate, the typical ale yeast became the more dominant yeast because it worked over a shorter period. Thus, we think of ales being from England and lagers from Germany. Until recently, there were perhaps only three good lagers from England, although things have changed since we now have craft breweries. 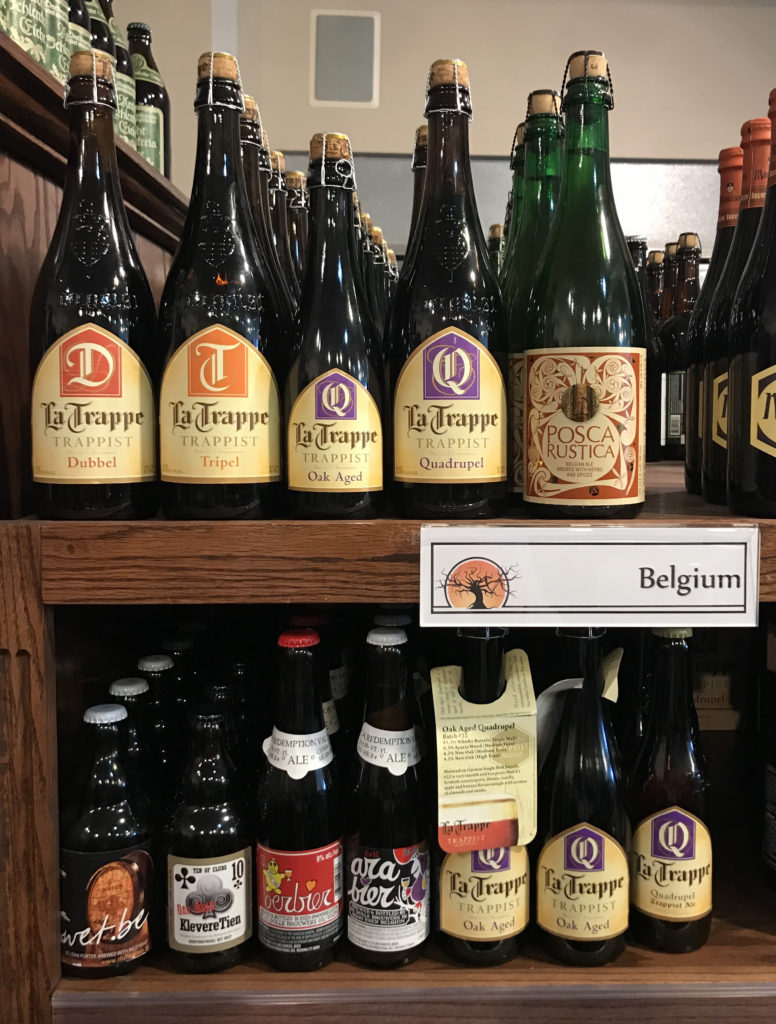 Flavor Differences in Ales and Lagers

The other difference between ales and lagers, as far as flavor is concerned, are the byproducts of fermentation with chemical substances that are given off (in addition to CO2 and alcohol) called esters and phenols. Esters smell sweeter and more fruity and include banana, pear drop, apple, honey, and roses. Hefeweizen (German for wheat beer,) a golden colored ale, comes from Germany with, among other things,  the aroma of banana. You taste banana because you smell banana. In fact, the ester is the same chemical as in a banana. England is known for its fruity ales where the yeast strains put off those esters. In Belgium, the ales are more spicy due to the phenols that have aromas of clove, anise or smoke, for example.

Lager yeast generally creates cleaner and clearer beers because the malt works for a longer period. When it runs out of sugars, it starts eating the phenols and esters. English ales are generally more cloudy, and it is considered desirable to have the esters. Ales ferment at 70 degrees while lagers ferment at 45 degrees.

A Norwegian yeast strain that is the hot new beer right now in craft brewing comes from a wild yeast strain. This yeast fell out of favor and almost became extinct and then was recently rediscovered.  It ferments at extremely high temperatures and very fast. The main yeast strain in wild ales is called Brett (Brettanomyces) which produces off aromas like horse blanket. Wild ales are also called sour beers. These sour beers are the stinky cheeses of the beer world. John told us he has converted more wine drinkers to beer by trying sour beers because the descriptors are familiar to wine drinkers. Some of those descriptors are acidity, fruitiness, and dry on the palate. Many of the newer Norwegian sour beers have more of a clean aroma and flavor than the original sour beers.

All of these possibilities in the beer world make for a wide variety of choices so that a beer drinker can find something to love. A big thanks to John Minnich for opening up my world to some of the nuances of the beer world.